As the short-term challenges are expected to continue in Q2, Fingerprint Cards AB cannot confirm its communicated guidance for revenues and profitability for full year 2017. The previously communicated guidance for 2017 revenues was estimated to amount to SEK 7,500 - 9,500 M and 2017 operating margin was expected to exceed 35%. As a consequence of the current short term uncertainty, the Company has decided to refrain from further guidance for 2017 and the board of Fingerprint Cards has decided to withdraw its proposal of dividend for 2016, which was communicated in the year-end report.

Due to the weakened demand from OEM customers in the first quarter and the channel inventory build up previously communicated, the company now estimates a revenue decline of more than 50 percent for the first quarter 2017 compared to last year. A seasonally sluggish start to the year has weakened further by high inventory levels throughout the supply chain. Due to the OEM customers’ inventory build up the demand for the Company’s fingerprint sensors is weaker than expected. Inventory levels in the Company’s channel have decreased slower than expected, and continue to affect shipment volumes and revenues in the current quarter, and are also expected to affect the second quarter.

The current short term uncertainty is a major reason to why Fingerprint Cards has decided to refrain from further guidance in 2017. However, the company continues to actively execute on the strategy as a leading biometric company to defend and strengthen its position further in smartphones, while enabling the roll out of the new segments, and continuing to innovate and strengthen the IP portfolio. The short-term challenges are expected to continue until the second quarter this year, but Fingerprint Cards has a strong customer base to build on. A strong sign is an active dialogue with its customers regarding iris recognition through the acquisition of Delta ID. In addition, Fingerprint Cards has recently been selected as vendor for a number of devices which is a testimony of its competitiveness in the market.

Management is also taking necessary actions to adjust investments and to secure efficiency of resources in the current situation.

The Board of Directors has reviewed its previous dividend proposal for 2016, and as market conditions have weakened since the proposal was communicated, the Board has now decided to withdraw the proposal of 2 SEK per share. The revised proposal is not to pay dividend for 2016, but to go forward with the cancellation of treasure shares. This is in line with the previously communicated ambition around capital structure for the company which is focused on long term growth opportunities. 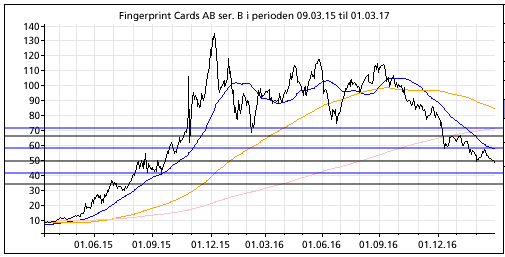 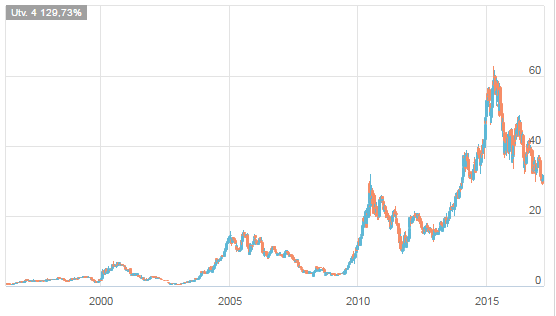