While yesterday Meltwaters December Premium Client Segment trading update is seemingly setting the company up for a Q4 in line with consensus expectations, the market seemed unimpressed sending the stock down ~14%, significantly underperforming peers and the broader market, an underperformance which could also partially have been driven by recent negative local media coverage.

December update sets company up for meeting our and consensus estimates. While we would obviously love to see a December sequentially larger than November in terms of delta ARR, the 23% and 67% YOY growth in DARR during December and Q4, respectively, results in organic growth of 25% YOY for Meltwater, which combined with our expectation for the non-Premium Client Segment (about the same sequential improvement as seen in Q3 of USD2m) would put end-of-2021 ARR at USD445m, which is in line with our (USD445m) and consensus (USD444m) estimates.

Stock weakness further amplified by negative local press. While the numbers coming out yesterday should have been neutral in terms of share price in our view, the broader market decline’s weight on Meltwater’s stock seems to have been further amplified by negative coverage in the local language media yesterday, which from the looks of it continued after market close “ articles highlighting the stock’s recent weakness and short positions.

We continue to find share price development difficult to understand, setting up for an attractive entry point. As Meltwater’s stock continues to slide, we find it difficult to understand the company’s valuation. Currently trading at about 2x 2021 EV/sales (DNBe), compared to key peers in the range 6-21x (Bloomberg consensus), we continue to find the current share price an attractive entry point.

In the fourth quarter of 2021, Meltwater continued to accelerate growth in key areas including Premium Client ARR (up 36% YoY) and Social ARR (up 55% YoY). At the same time, the number of $100k+ clients were up 46% and average ARR per client increased 17% from the same quarter last year. Total ARR at the end of Q4 including acquisitions was $444m, up 20% YoY.

2021 marked a year of significant improvement for Meltwater, with organic ARR growth increasing to 13% y/y from a mere 2% the year before, as the company is delivering on its strategic priorities. Growth is not for free, though, and we reduce our ‘22e/23e EBITDA adj. estimates with 35-46% as it has and will be more costly than previous expectations. Combined with I) investors’ tendency to favor short-term profitability over long-term potential, and II) the continued multiple contraction for SaaS companies, we reduce our TP to NOK 40 (71). Buy reiterated. 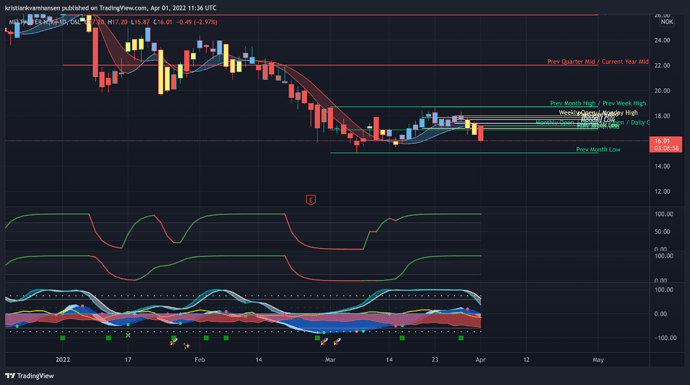 ← forrige side neste side →