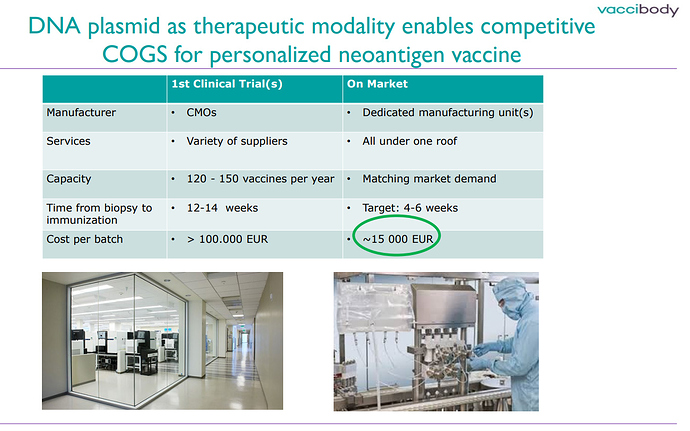 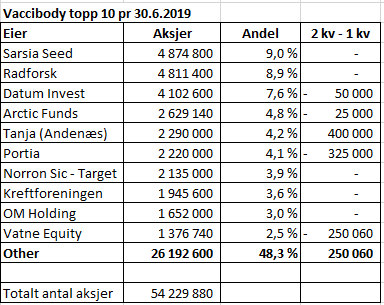 Vaccibody AS, a clinical stage company focused on developing personalized neoepitope cancer vaccines to target solid tumors, will host its capital markets day on November 12 and is pleased to invite investors, analysts and press to presentations by the members of the company’s executive management team and by Ulrich Granzer, PhD, founder of Granzer Regulatory Consulting & Services. Dr. Granzer has a wide range of experience in all aspects of drug development and regulatory affairs, with particular focus on bringing novel therapies to market.

A clinical response, defined as
either >10% reduction in the target lesions (as identified at screening) or converting progressive
lesions into stable lesions (<20% increase, up to 37 weeks follow-up) after starting VB10.NEO
treatment,

In the Phase I dose-escalation portion of an open-label Phase I/II trial, NC318 showed a best observed response rate of 27% among seven non-small cell lung cancer (NSCLC) patients, including one complete response (CR) and one partial response (PR). The CR was ongoing at 41 weeks. The disease-control rate (DCR) in the NSCLC cohort was 71%.

The NC318 results, however, are similar to Phase I data for the PD-1 and PD-L1 inhibitors. For example, at the American Society of Clinical Oncology (ASCO) meeting in 2014, Merck & Co. Inc. (NYSE:MRK) presented Phase Ib data for its now blockbuster Keytruda pembrolizumab, which had an ORR of 9-33% in NSCLC patients and a DCR of 40-70%, while Bristol-Myers Squibb Co. (NYSE:BMY) reported Phase Ib data for Opdivo nivolumab, which had an ORR of 22-50% and a DCR of 24-45% (see “Advantage Merck”).

Phase I data from a cohort of NSCLC patients treated with NextCure’s NC318 suggest the SIGLEC15-targeted mAb could be the next immunotherapy to rival the single agent efficacy of PD-1 and PD-L1 inhibitors.

We are excited to announce we reached an important milestone in our partnership with Vaccibody, dosing the first patient in our Phase 1/2a study arm evaluating the combination of bempeg with VB10.NEO. Read more: bit.ly/3afAVei https://t.co/3jiOo2skwE 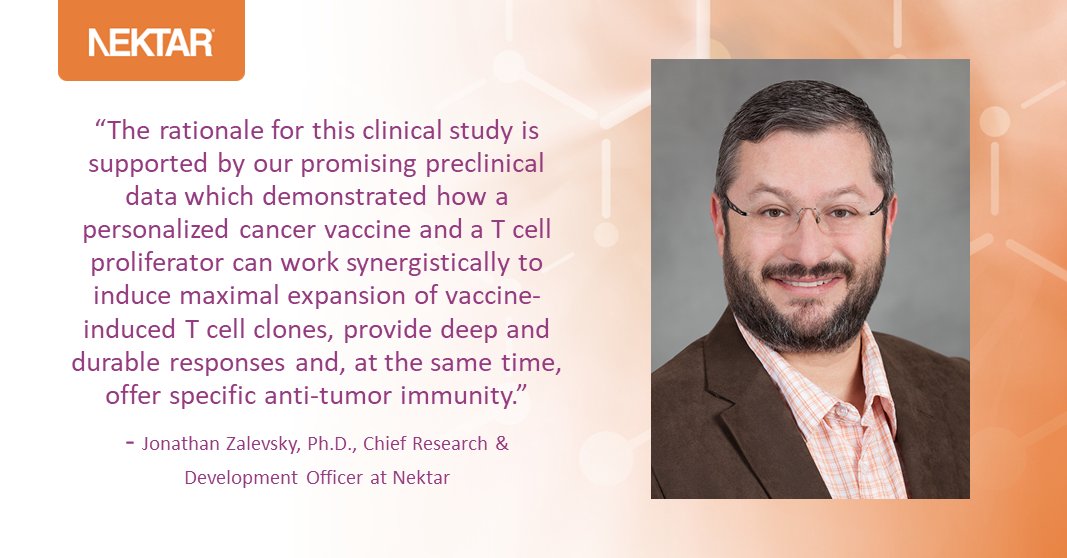 • Vaccibody has reached the enrolment target of 50 patients in its VB N-01 basket trial
for a variety of cancer types with high unmet medical need
• Patients have been recruited into all six arms of the basket trial, thereby optimizing the
read-outs on efficacy and safety

Oslo, Norway, August 21, 2020 – Vaccibody AS, a clinical-stage biopharmaceutical company
dedicated to the discovery and development of unique immunotherapies, today announced
that it has reached the enrolment target of 50 patients and that it has finalized recruitment of
patients to all study arms of its ongoing VB N-01 phase I/IIa clinical trial of the personalized
VB10.NEO neoantigen cancer vaccine.

Michael Engsig, CEO of Vaccibody, said: “VB10.NEO is a groundbreaking approach to
personalized cancer treatments and has a large commercial potential. We are thus very
excited to have reached this important milestone for the VB N-01 trial. The initial clinical
results presented at SITC in November 2019 were very encouraging and we will communicate
the next steps in the development of VB10.NEO in Q4 2020.”

VB N-01 is a basket trial for patients with locally advanced or metastatic melanoma, non-small
cell lung carcinoma, clear renal cell carcinoma as well as urothelial cancer or squamous cell
carcinoma of the head and neck. In the trial the safety, feasibility and efficacy of treatment
with the personalized VB10.NEO vaccine is evaluated, including one study arm evaluating the
combination of VB10.NEO and bempegaldesleukin (NKTR-214) in patients with head and neck
cancer. The trial has been recruiting patients from seven clinical sites in Germany.

Siri Torhaug, Chief Medical Officer of Vaccibody adds, “We are truly grateful to the patients
for participating in the trial, to our investigators at the clinical trial sites, our supply chain
partners and the dedicated Vaccibody team who has done a great job by finalizing the
enrolment and ensuring successful manufacture of the patient specific VB10.NEO products
despite the challenging COVID-19 situation. Further, we are pleased that the recruitment of
patients distributes well across all of the six treatment arms.” 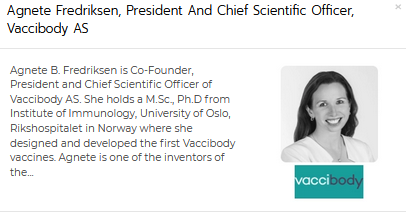 The buyer, a Swiss pharmaceutical giant, faces the challenge of keeping top personnel at Genentech. 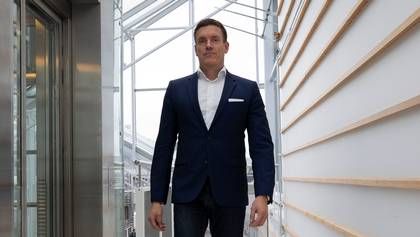 Og de som fikk med seg presentasjonen av Agnethe og CEO i går kunne lese blant annet følgende på en slide: «Listing of Vaccibody shares at Merkur is a stepping stone with the intention to apply for a main listing at an approximate quality exchange within the next 12 months». 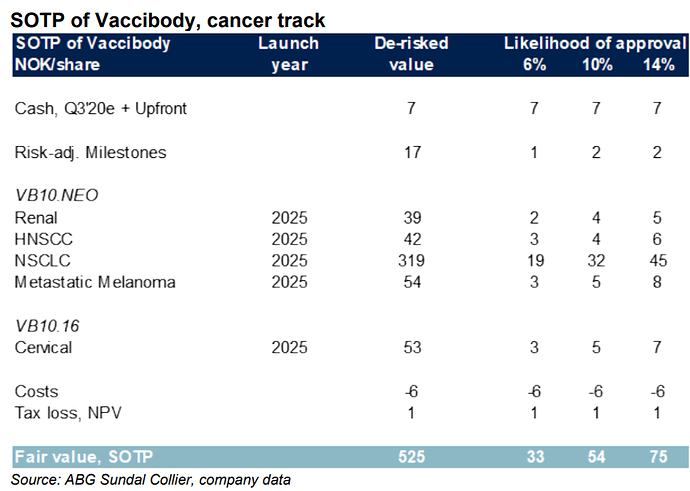